Two years ago, we wrote about the privatization of the GED Test in the U.S. Today, we're writing to update readers on the continuing trend of increasing competition among test providers and the rapidly expanding use of multiple tests nationwide.  These changes affect students nationwide - and worldwide - who are preparing to sit for, and hopefully pass, their high school equivalency test.

Since the GED Test became privatized, The American Council of Education’s GED Test monopoly has continued to dissolve.  Six additional companies moved into the U.S. market, and more states have incorporated new and supplementary exams as valid options for its residents to gain their high school credential.

So - which test do you choose and how do you prepare?

With this adaptation of the equivalency standards, we at LearnScape have modified and supplemented our software as well to match pace. As of June 2014, we introduced HSEpathway to our suite of educational products to meet the updated 2014 GED Testing Standard. Not only has the content been dramatically updated to meet the new testing standard, HSEpathway now also takes advantage of exciting, updated technology that functions as a more interactive study tool in line with what each exam delivers, regardless of which test you take or which device you choose to study with. 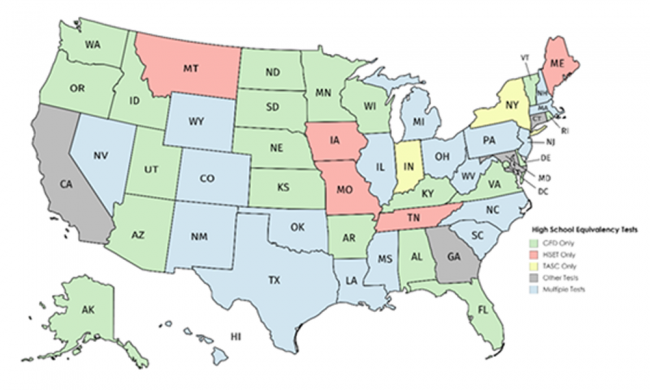 With many states rewriting their laws to expand the use of alternative equivalency exams, it’s clear the GED Test remains a key standard across the nation and HSEpathway continues to provide the needed resources to help individuals preparing to sit for any of the various high school equivalency exams offered.

To learn more about HSEpathway, please visit LearnScape’s announcement and video introduction. LearnScape and its programs are committed to success and expert client care.

Please Note: The LearnScape applications server is currently undergoing scheduled maintenance and may be unavailable. We regret for any inconvenience this may create.